Katagiri is a popular guest on TV programs and exhibitions featuring the Jomon. He is famous for his love of the Jomon culture. His love for the Jomon culture began when he saw a real clay figurine at the “THE POWER OF DOGU” held at the Tokyo National Museum in 2009.Since then, he has created numerous works of art related to Jomon earthenware and clay figurines, and his love for the Jomon has deepened. The “King・Jomon” from Hyogo Prefecture and the “Jomon no Venus Kamen” from Nagano Prefecture, which I introduced last time, are also part of the Jomon series. In addition to Hokkaido, Aomori, Akita, and Iwate prefectures that are aiming to be registered as World Heritage sites, Jomon ruins, pottery, clay figurines, and other artifacts have been excavated in various places throughout Japan. This time, I would like to introduce the “ONIGIRI Clay figure”, a work inspired by the “heart-shaped clay figurine” excavated in Gobara, Higashi-Azuma Town, Gunma Prefecture.

This is one of a series of new clay figurines I presented at “ARTs of JOMON” at Spiral Garden at the beginning of 2015.I carved my favorite “heart-shaped clay figurine” almost exactly as it is. It was interesting that the patterns were slightly asymmetrical. Also, after making it, I noticed that the body is designed to be easy to hold like a trophy. It even makes me want to paint it gold. The face, which is the rice ball case part, is made of a ball chain to give it a rice-like appearance. The design of the back of the head, which connects the face to the body, looked like a face, so I made it into a skull. Did I go a little overboard? Like the “Kamen no Megami” I made the other day, there are clay figurines with unique and interesting connections between the face and body. I think it’s interesting that there are detailed rules even for parts that can’t be seen clearly.
I’d like to be able to view the official 3D data by turning it around. Eventually, can’t the clay figurines be made into “copyright-free materials”?

This heart-shaped clay figurine was discovered in 1941 when a survey was conducted for the construction of Gobara Station (now Gobara Station on the JR Agatsuma Line) on the Naganohara Line of the Japanese National Railways in Iwashima Village (now Higashi-Agatsuma Town), Agatsuma District, Gunma Prefecture. When it was found, it had been broken into three pieces inside the cellar stone surrounded by river beds.It was designated as a National Important Cultural Asset in 1965, and is now in the collection of the Tokyo National Museum.

It is said to be a female figure because of the stretch marks and birth canal expressed on the breast and below it.
The patterns and spirals carved all over the body are also interesting because they look like the flow of human energy.

In 2018, at the Tokyo National Museum’s special exhibition “JOMON: 10,000 Years of Prehistoric Art in Japan,” I tried to spin the limited-edition canned badge gacha. 10 different designs were available, but after three tries, all three came out as heart-shaped clay figurines lol

An exhibition of ART by contemporary artists influenced by Jomon.
In addition to Jin Katagiri, artists who resonate with the Jomon, such as Ifurai, a leading expert in Jomon pottery techniques, Takayuki Taketani, a contemporary sculptor, and GOMA, a didgeridoo player, have gathered to present their own unique take on the Jomon world. The venue was filled with powerful Jomon art.

Katagiri introducing the ONIGIRI Clay figure at the exhibition.

History of the Heart Shape in Japan

Nowadays, the heart shape is a universal symbol.
But in the Jomon period, when the clay figurines were made, did the shape of the heart have the same meaning as it does today? Such a question came to mind, so I did some research on the history of the heart shape in Japan.

It is said that when playing cards were introduced from Europe about 450 years ago, the heart symbol was also brought in. Furthermore, in “Portrait of St. Francis Xavier” (Important Cultural Property) in the Kobe City Museum, he is holding a red heart with the motifs of “burning heart” and “cross”.(Ref.) In this way, the heart symbol, which was introduced in the 16th century and later, was incorporated into clothing, shoes, and hat patterns as part of the “Christian culture” in the early Edo period.
Reference 1 Portrait of St. Francis Xavier” (Important Cultural Property) : Only Japanese page

This is how the heart mark was introduced from the West, but in Japan, there has been a heart-shaped pattern called “Inome” since about the Kofun period. This pattern is based on the eyes of a wild boar, and is said to be a talisman to ward off evil and bring good fortune, and is used in traditional Japanese architecture in places where roofs meet, Buddhist altars, and metal ornaments that hide the joints of wood called ornamental fittings.
The Western and Japanese meanings of the heart mark are different, but each has its own meaning. The face of the heart-shaped clay figurine may have been shaped like a heart, which may have had some meaning. I get excited when I think about it.

I was inspired by Katagiri’s participation in the 2015 “ARTs of JOMON,” and this is how I came to be in charge of his articles. At the time, I was overwhelmed by the power of the artists and the works created from the keyword “Jomon.” I don’t know what it is, but I’ve found a really fun world! It was with this sense of excitement that I fell deeper and deeper in love with Jomon and Katagiri. 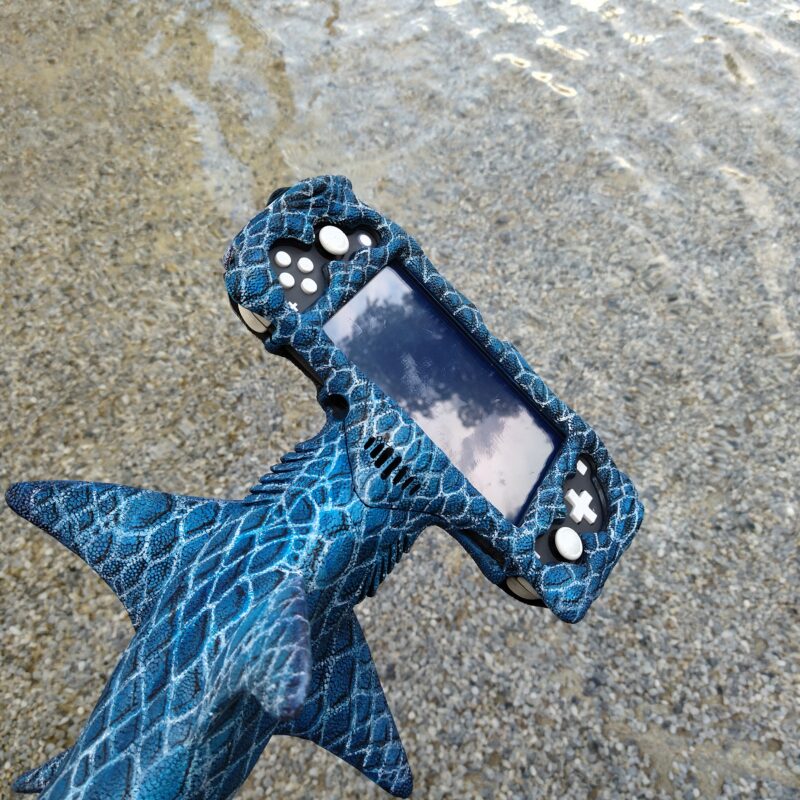 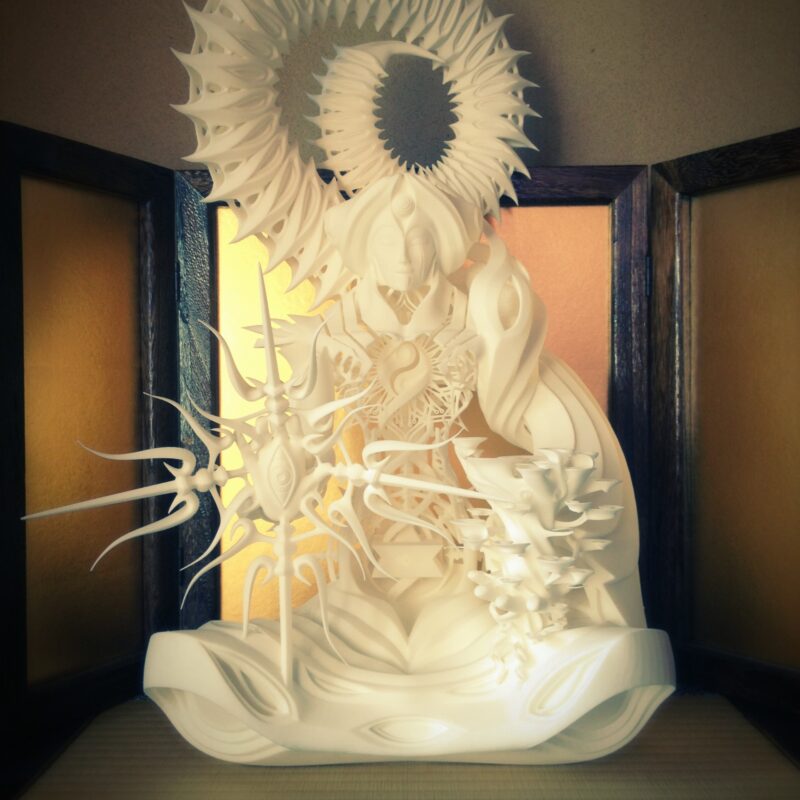